Take a charming old van, add a pop-top roof and some period-correct patterned curtains, and the mental image you’ll almost certainly have is a Volkswagen camper of some sort. But in the U.K., back when the domestic car companies were (somewhat) healthy and producing a vast array of vehicles with sometimes baffling relationships to each other, commercial truck and van maker Bedford was turning out  model called the CA. The little van featured front sliding doors, barely adequate engines, and styling so ugly it was adorable in a charmingly awkward way. 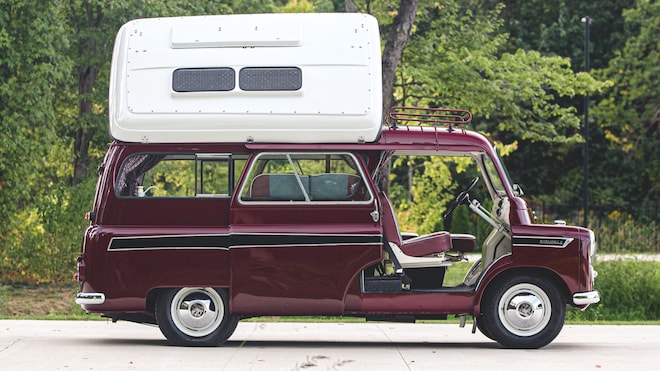 But the Bedford’s real value to collectors is the fact that it served as the basis for a host of camper conversions. And if you know anything about the U.K., you know that as soon as the country began to recover in earnest from WWII and families had some disposable income, they flooded the roads at vacation/holiday time with campers, caravans, and all manner of road-clogging mobile cabins, including trailers towed by tiny cars, almost all of them powered by minuscule engines. It drove everyone else on the road mad until they were behind the wheel of their own camper/caravan and headed to the country (or the Continent) for some R&R.

That’s what you’re looking at here: a Dormobile conversion by upfitter/coachbuilder Martin-Walker of Folkestone, Kent. Dormobile became a brand of sorts, with the camper conversions fitted to a huge number of vans, mainly Bedfords. The distinctive side-opening pop-top you see here was even available on Volkswagen vans! 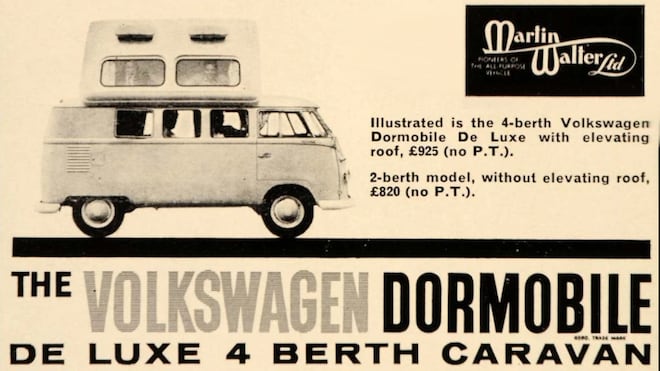 This particular 1961 Bedford CA Dormobile features a 50-hp 1.5-liter gasoline-powered engine, so it’s not getting anywhere very quickly. The interior fittings are modernized, possibly during an older restoration of the vehicle, which was originally sold in New Zealand but has been in the States for a few years. With fold-down passenger seats, and the cots that hang under the pop-top, this little camper will sleep up to four.

It sold last year at the RM Sotheby’s Amelia Island auction for $39,200, and it’s relisted now as part of the massive Elkhart Collection auction to be held this October. It’s a funky, unusual camper that’s a welcome respite from the parade of Westfalia and other Volkswagen campers we see more often. We hope the new owner is feeling social when they’re driving it, as we’re sure everyone will want to talk their ear off about it.

Read More:
This 1990 Volkswagen Vanagon Syncro Camper Van Is Set Up to Bug Out
The Scout Olympic Could Be All The Camper You’ll Ever Need
Someone Made a Custom Camper from a Subaru Brat and It’s Amazing

Travelling in style on the Metro: The brightest and busiest metro stations from Dubai to New York

It was a test, and we passed: Sheikh Mohammed to UAE students – News